Review for Samsung Galaxy S9 Plus

Last year Samsung completely redesigned the Galaxy S series and they are sticking with the same design this year. There are some very minor changes and it can be difficult to recognize the Galaxy S9 Plus apart from it’s predecessor if you place these two phones side by side.

However, there are some changes and one welcome change is the placement of the fingerprint sensor. This is also one of the ways you will be able to recognize this latest flagship from Samsung. It’s slightly smaller in dimension as well but that’s not really visible. The 6.2-inch screen will be showing 2960 x 1440 pixels resolution in 18.5:9 aspect ratio and 529ppi of pixel density just like the Samsung Galaxy S8 Plus. It’s the same design you get with Gorilla Glass 5 covering both the front and back side. It’s still IP68 certified and people can look for a new color right after the Samsung Galaxy S9 Plus release date South Africa which is the Lilac Purple. You can also get this phone in Midnight Black, Titanium Gray and Coral Blue.

This is where things are looking really great for this upcoming flagship phone, it’s rear camera. Unlike the Galaxy S9, this one will be packing secondary 12-megapixel telephoto camera along with the main 12-megapixel one. The primary camera is the first one to be in a smartphone offering f/1.5 aperture and it can be changed to f/2.4 aperture as well. It’s amazing to see how far these smartphone cameras has come as users can now change aperture. This will ensure amazing performance even in low light and users will be able to change apertures manually in Pro mode. It’s also easy to change between different camera modes as it’s now quite similar to the interface we see in

iOS like the iPhone X or iPhone 8 Plus. The front camera is an 8-megapixel one which means there is no change megapixel wise. The rear camera is now capable of capturing super slow-mo videos which is 720p videos at 960fps just like the Sony Xperia XZ Premium. However, it cannot be done longer than 0.2 seconds. We will be able to find out more about these cameras after the Samsung Galaxy S9 Plus release date South Africa.

We don’t expect anything less than the latest processor in a high-end phone and that’s what we will be getting in the Galaxy S9 Plus. It will be packing either the Exynos 9810 Octa or Qualcomm Snapdragon 845 octa-core processor depending on the version you get. This processor will be paired with 6GB of RAM and there will be three different storage options to choose from: 64/128/256GB. Users can also apply makeup on their faces in real time using Bixby Vision. This feature uses augmented reality where users can apply different lipsticks, blushes and other makeup products from Sephora and Covergirl to help them purchase the right product. There is also an Animoji like feature in this one called AR Emoji. Moreover, if you were not satisfied with the speakers of the previous Galaxy S phones, this one comes with stereo speakers. Some of the other notable features are: Samsung DeX support, Quick Charge 2.0 support, 3500mAh non-removable battery, 3.5mm headphone jack port, NFC, Bluetooth 5.0, face unlock and Bixby.

Samsung was rumored to tease the upcoming Samsung Galaxy S9 Plus at CES 2018 but that ended up just being a rumor. However, there are multiple reports suggesting that the phone is in production. While nothing has been officially revealed yet, we have learned quite a lot about this upcoming phone. Before we get to those new features and specs, let’s take a look at the Samsung Galaxy S9 Plus South Africa price. It will be available for about R 11500 if not more.

From what we have learned so far, there will be no change in the screen size which leaves us with a big 6.2-inch curved display showing a similar 2960 x 1440 pixels resolution. Samsung did redesign the Samsung Galaxy S8 last year so we are not hoping a major change in design

anytime soon. However, the bezels will be smaller this time and there are rumors about a fingerprint scanner inside the display. There will be some minor changes in the placement of the rear camera and there will be two cameras on the front and these might be the only differences in design compared to it’s predecessor other than its dimensions.

This is where Samsung intends to bring a lot of change, the camera department. There are rumors that the upcoming Samsung Galaxy S9 Plus will be capable of capturing videos at 1,000 fps which means super slow motion videos. We don’t know much about the megapixels but it will have F/1.4 aperture. Another notable change is in the front facing camera which will be a dual-lens camera. There is also a possibility that the camera will include 3D face scanner like the latest iPhone X. We will have to wait for the Samsung Galaxy S9 Plus release date South Africa to find out how this one works compared to the latest iPhone. For now, there is the Google Phone 2 XL and Samsung Galaxy Note 8 if it’s the best camera focused phone

you are after. These phones are in the same price range as the Samsung Galaxy S9 Plus South Africa price.

Depending on the region, users will get either the Exynos 9810 processor or the Snapdragon 845. This processor will get paired with a 6GB of RAM but it’s just a rumor for now. The iris scanner will receive some improvement as well and the 3.5mm headphone jack is expected to be there as well. Other notable features include: stereo speakers, Android 8.0 operating system and a rumored 512GB built-in storage option. If it’s just a good mid-range phone you want, there is the OnePlus 3T and Motorola Moto G5s Plus.

Description for Samsung Galaxy S9 Plus 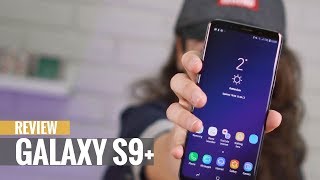 Samsung Galaxy S9 Plus Review - A phone with no compromises? 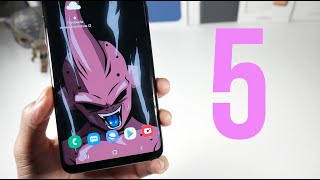 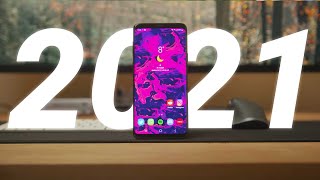 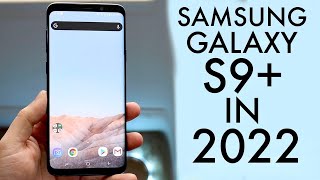 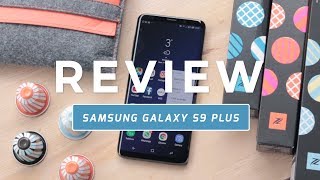 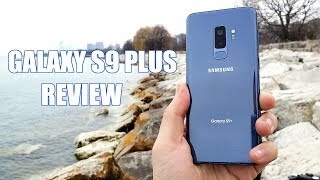 Samsung Galaxy S9 Plus Review: All You Need To Know 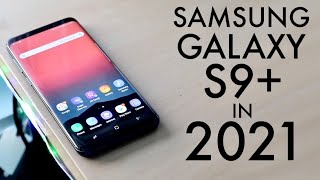 Specifications for Samsung Galaxy S9 Plus

Ratings for Samsung Galaxy S9 Plus