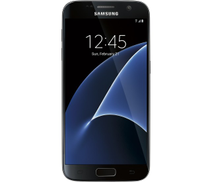 The Samsung Galaxy S7's releaste date in the Middle East is March 11th, 2016, and the price is confirmed to start at R 8900 /SAR. To hype up the demand, Samsung had a time-limited pre-launch offer to retailers, giving away a free Samsung Gear VR for every pre-order on the Galaxy S7 and Galaxy S7 Edge.

We've finally had a hands-on review of the Galaxy S7, and here's what stands out.

Little change in design from the S6

As expected and previously rumored, the Galaxy S7 shows little design changes from its predecessor the Galaxy S6. The screen stays at 5.1 inches with aluminum sides and Gorilla Glass 4-coating in the front and back. The minor design changes are small curves in the back corners, and the S7 is surprisingly a little thicker than the S6 but holds a larger battery.

Battery life has become increasingly important, especially with larger and larger screen sizes. The battery of the S7 is 3000mAh, as opposed to 2550mAh for the S6. Samsung claims the S7 can last up to two days. Let us know in the comments what your experience has been, taking note that battery life of course depends largely on the apps you're using.

The Galaxy S6 had a fantastic camera and luckily the Galaxy S7 doesn't disappoint upgraders here. Although the megapixels come down from 16 to 12, the new sensor offers an f / 1.7 aperture lens, meaning that in low light it offers a much better performance. Moreover, the S7's camera boasts image stabilization and dual pixel technology, similarly to what's found in DSLR cameras.

There is no surprise here which means you get the same 5.1-inch screen showing 2560 x 1440 pixels resolution and 577ppi of pixel density.

There are almost no changes in design but the camera bump on the rear is quite subtle and not so noticeable like earlier. MicroSD card slot is back unlike the Samsung Galaxy S6 and it’s also IP68 certified for dust or water resistance. However, the big 3000mAh battery is still not removable. If you are eagerly waiting for the Samsung Galaxy S7 release date South Africa, there are four different colors to choose from: silver, black, gold and white.

Although the rear camera looks smaller than the one in Samsung Galaxy S6 and Samsung Galaxy S6 Edge megapixel-wise, it has been improved and let in more light compared to its predecessor. The selfie snapper is the same 5-megapixel one. Other than these, you get Qualcomm Snapdragon 820 processor paired with 4GB of RAM, 32/64 built in storage, Quick Charge 3.0 for fast charging and all the standard connectivity options including NFC. For those who are looking for a better camera, there is the LG G5 and LG X cam you can try.

If everything goes according to plan, the Samsung Galaxy S7 will show up in market in March, 2016.

Things we loved about the new Samsung Galaxy S7:

Recently Samsung has failed to surprise us with their popular flagship series, the Galaxy S. While the Samsung Galaxy S6 and S6 Edge did feature a new design from the scratch, it’s non removable battery, poor battery life and no microSD card slot failed to attract the desired number of sales number the company wanted. However, it’s Samsung we are talking about and the company has already started working on their next big thing, the Samsung Galaxy S7. To learn more about the upcoming smartphone including the Samsung Galaxy S7 South Africa price and release date, keep reading.

No Major Change in Design

bigger than its predecessor and might be made of magnesium based alloy according to some rumors. One thing that you have to accept about their premium design is that the battery won’t be removable and there won’t be any microSD card slot. If you are not ready to wait for the Samsung Galaxy S7 release date South Africa, there is the Samsung Galaxy Note 5 and Samsung Galaxy S6 Edge + you can check out.

One interesting rumor that we have heart recently is that the upcoming Galaxy S7 will be available in two different sizes which means there are two different Samsung Galaxy S7 South Africa price to look out for. One of these smartphones is expected to feature a 4K display. The bigger version is expected to show up with a 5.7-inch display showing 2560 x 1440 QHD resolution while the smaller one will be a 5.2-inch one. Just like the Samsung Galaxy S6 Edge, the Galaxy S7 will show up with curved screen as well thanks to their flexible display. The upcoming BlackBerry Priv is also expected to feature curved screen which you can check out here.

There are no surprises in the camera department megapixel-wise. The Samsung Galaxy S7 is expected to feature the same 16-megapixel rear camera and 5-megapixel front camera. However, it will definitely show up with some improvement or better sensor. The Samsung Galaxy S6 is currently one of the best camera smartphones at the moment and we expect no different from the upcoming one. There are also rumors about the smartphone packing a duo camera like we have seen in the HTC One M8. All these are just rumors at this point so we have to wait for the official announcement to confirm all these leaks and rumors.

Things we would like to see improved in the upcoming Galaxy smartphone: 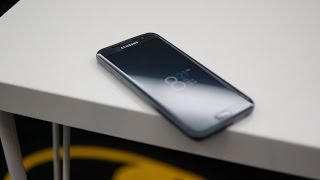 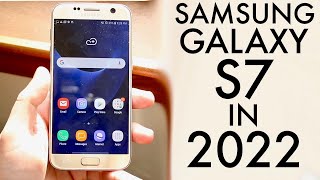 Cheapest price for Samsung Galaxy S7 in South Africa is R 8199 sold at Excellular.
No major price change compared to two weeks ago.
**Amazon pricing is not included in price tracking/graph