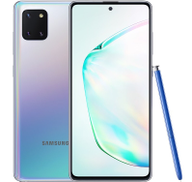 Be the first to review
Snapcraze
3 – 5 working days More info Payment Visa, NetBanking, MasterCard, Amex Store info and policies▶ Less info
Out of stock
R 10999
Shipping costs depends on item and location
< Previous / Next >
Back to list
< Previous / Next >

As the price of flagship phones are increasing at a fast pace, looks like more and more companies are trying to release a cheaper or Lite version of their flagship phones and that includes Samsung as well. Recently, this South Korean company has announced two Lite versions of their flagship models and one of them is the Samsung Galaxy Note 10 Lite. To find out more about this upcoming phone and the Samsung Galaxy Note 10 Lite South Africa price, continue reading.

similar. There are some changes on the back as well as the camera setup now looks similar to their new Samsung Galaxy A71 and iPhone 11 Pro, a square shaped setup with three cameras and a flash. From what we have learned so far, people can expect to see this phone in three different colors after the Samsung Galaxy Note 10 Lite release date South Africa: Aura Red, Aura Glow and Aura Black.

On paper, all the cameras on the back is quite similar: a 12-megapixel 27mm wide camera, a 12-megapixel 52mm telephoto camera and an ultrawide camera as well. However, the ultrawide camera is actually a 12-megapixel one instead of 16 and there are changes in the aperture of the wide and telephoto sensor. One of the major changes in the camera is on the front as the selfie camera is a 32-megapixel one with 25mm wide angle sensor. Although it sounds good megapixel-wise, it’s not as good as the standard version when it comes to low light conditions. Considering the Samsung Galaxy Note 10 Lite South Africa price, you can check out some more phones with great cameras at this price range: Apple iPhone 11 and Google Pixel 3a.

One of the reasons for people to look forward to this phone is definitely it’s battery which is a giant 4500mAh one with fast charging support. The chipset

included inside is from the time of Galaxy Note 9, the Exynos 9810 (10 nm) paired with an optional 6 or 8GB of RAM and 128GB built-in storage. For those of you who were interested to try S Pen features like off screen memo and zooming in and out while using remote camera, you are out of luck as those features are not included. Some of the other noteworthy features of this phone that we can confirm before the Samsung Galaxy Note 10 Lite release date South Africa are: fingerprint sensor placed under display, Samsung DeX support, Bluetooth 5.0, microSD card slot and Android 10.0 with One UI 2 right out of the box.

Samsung didn’t reveal the price when announcing this phone, but there are rumors suggesting that the it will be around R 8800 if not more. As for the Samsung Galaxy Note 10 Lite release date South Africa, that’s a mystery as well but it should be here soon as the Samsung Galaxy S11 is on it’s way as well.

Things we loved about the Samsung Galaxy Note 10 Lite: 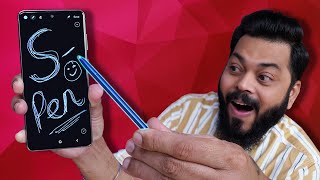 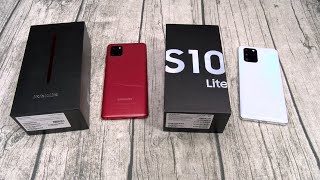 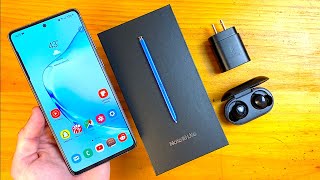 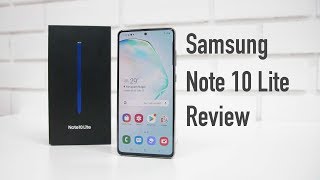 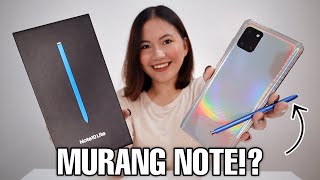 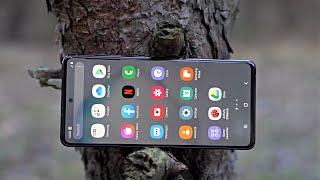 Samsung Galaxy Note 10 Lite Review - The Note For the Masses