We saw some great flagship phones in 2016 but very few of them managed to grab our attention with its design. While the LG G5 didn’t get a lot of attention when it was launched, it’s definitely not a boring phone if you compare its design with other phones. Now that the year 2016 is about to end, it’s time to talk about the upcoming LG G6. Let’s take a look at the LG G6 South Africa price as usual before we get to its specs. It will be definitely around 2000 – 8500 R considering it’s a flagship from LG. To learn whether it will be a good idea to wait for the LG G6 release date South Africa or not, keep reading.

No major changes are expected screen size wise which means users get the same 5.3-inch screen. As the design of the LG G5 was quite unique compared to other smartphones, we are not expecting any major change in the design as

well. The display is expected to be protected by Corning Gorilla Glass 5 instead of 4 which is definitely good. Just like the LG G5 it’s expected to include a fingerprint sensor on the back. This one is not expected to show up with removable batteries like its predecessor which is slightly disappointing. All the necessary connectivity options are there including USB v3.1, Type-C 1.0 port, NFC, GPS and IR port.

Most of the flagships show up with the latest Qualcomm Snapdragon processor at the time of its release and the LG G6 is expected to do the same. There are rumors that it will pack the latest Qualcomm Snapdragon 830 processor. A change in RAM is expected as well and the 830 processor will be paired with a 6GB of RAM. Storage shouldn’t be a problem for users either as the phone will include 64GB or 128GB built-in storage. It will be running the latest Android Nougat 7.0 right out of the box with a touch of LG Optimus UX 6.0 UI. For those who are interested to

check out some more flagships, the Samsung Galaxy S8 is set to be released in the same time as well.

With phones like the Samsung Galaxy S7 Edge, iPhone 7 Plus and Google Pixel XL out there, it’s difficult for the likes of LG G5 to compete as a good camera focused smartphone. These are not in the same pricing range as the LG G6 South Africa price but it’s difficult to beat these smartphones when it comes to smartphone cameras. As no major changes are rumored in the camera department, it’s expected to remain that way. The rear camera will be a combo of two 16-megapixel ones while the front camera will be a 12-megapixel one. This sounds like a big promotion so it will be interesting to see how it performs in the real world.

Nothing has been officially revealed yet including the LG G6 release date South Africa. For those who are satisfied with the LG G6 South Africa price, the release date is expected sometime in March or April, 2017 after an official announcement in February, 2017.

Things we loved about the LG G6: 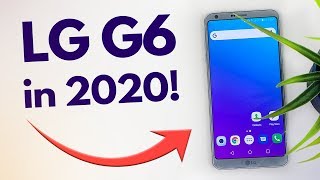 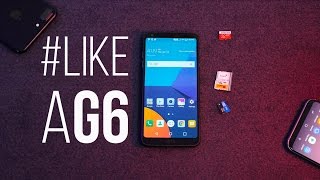 LG G6 Review: Back to Basics

LG G6 Review: Just right or Blow your socks off?

Cheapest price for LG G6 in South Africa is R 4999 sold at Excellular.
No major price change compared to two weeks ago.