This soon to be released “phablet” is LG’s latest smart device and is going to be hands down better than the LG G3 which was way too expensive for what you got. The G Vista South Africa price is going to be perfect for the mid-range crowd who is still looking for a high tech device. Although we don’t know what the price will be yet, we do know that it will be affordable and realistic. Besides the reasonable pricing, the specs are also quite impressive.

As this phone is almost as large as a mini tablet, it will have a 5.7” display with a remarkable 1280x720 resolution. In addition, a minimum narrow bezel and rear controls is also expected. Although the display is impressive, the camera is a bit disappointing weighing in at only 8 megapixels. There will also be a front camera which will be a meager 1.3 megapixel which is virtually useless due to its low quality. If you are looking for a phone that has a camera which could easily replace a point-and-shoot, this one is not it but it does do the job.

Yes, the camera is not the best available but that’s how it can be affordable to you; some corners had to be cut and thankfully it was in areas which we care about the least. You still have the ability to record in 1080p HD video which will create fun memories for the whole family. With all the video’s you’re recording it’s likely you’ll use up every bit of the 8 Gb of internal storage included so luckily there is an external microSD slot which can support up to 64 Gb of extra memory.

Most people will be satisfied for the price with the expected 1.2GHz quad-core processor along with 1.5 GB RAM which will be the brains of the smartphone. Luckily, there is also Android 4.4.2 KitKat integrated into LG’s interface which remains consistent with the expected look and feel of an LG phone. All LG apps are accessible with the LG G Vista in South Africa as well as the unique Knock Code technique used for unlocking your device.

One more final feature that is sure to keep everyone happy is the 3,200 mAh battery which will support days on standby and up to 15 hours of straight talk time. If you’re every deserted on a desert island, you’ll have a little over 21 days to find cell service thanks to this epic battery which is needed to power the quality display, NFC, and Bluetooth 4.0.

For a phone aimed towards the middle class, all the right corners were cut to make this phone usable, enjoyable, and impressive to any smartphone enthusiast. The battery will last so long you will never need to worry about keeping a spare charger or battery on you and the display is crisp to keep from straining your eyes. 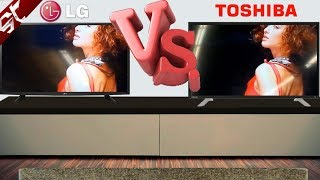