Google Pixel 3 XL is officially here and it’s time to check how many of these rumors were actually true. The company failed to keep any of their upcoming gadgets a secret as the phone showed up in multiple leaks way before it’s official announcement. To find out how it’s different form the standard version and the Google Pixel 3 XL South Africa price, keep reading.

display is a big 6.3-inch one showing 2960 x 1440 pixels resolution, 18.5:9 aspect ratio and 523ppi of pixel density. The screen-to-body ratio here is impressive as it’s covering 82.8% of the body. Users get glass on both front and back side and it’s not partial glass back. Thanks to the complete glass back, users get wireless charging support this time. Right after the Google Pixel 3 XL release date South Africa, this phone can be found in three different colors: Not Pink, Clearly White and Just Black.

Unlike most of the latest phones, the Google Pixel 3 XL is still not interested to get a dual camera on the back. Users will get a 12.2-megapixel camera on the back with f/1.8 aperture, 28mm wide angle lens and OIS with the camera. There are multiple new image enhancing features like Topshot and Night Shot that can choose the right picture with no blur or closed eyes from multiple images and also help users capture great images in low light without using flash. Surprisingly, the front part comes with a dual-camera setup with one

8-megapixel camera with f/1.8 aperture, 28mm wide angle lens and one 8-megapixel camera with f/2.2 aperture and 19mm ultrawide angle lens. This new camera will help you capture group selfies which is a new feature. There are some AR features as well which will be able to check out properly after the Google Pixel 3 XL release date South Africa. There is also the Apple iPhone XS or Samsung Galaxy Note 9 if you are looking for a phone with a good camera.

While the Google Pixel 3 is not really packing a big battery, the XL version comes with a 3430mAh Li-Ion battery. Users will be able to charge the battery quickly thanks to the fast battery charging 9V/2A 18W support. There are some major improvements and new features to look forward to in the built-in Google Assistant which can not only make appointments for you like we have seen before but also receive phone calls and receive a message for you. Other notable features include: Qualcomm Snapdragon 845 octa-core processor, 64/128GB built-in storage, 4GB of RAM, stereo speakers, Bluetooth 5.0, USB 3.1 port, Type-C 1.0 reversible connector and fingerprint sensor.

This might be a deal breaker for some people, the Google Pixel 3 XL South Africa price. The starting price of this phone will be R 12200 . It’s slightly cheaper than recently released Apple and Samsung flagship but it’s still expensive. The Google Pixel 3 XL release date South Africa is expected sometimes in October as it’s already available for pre-order.

Google Pixel phones are usually revealed around October and the same is expected for the upcoming Google Pixel 3 XL. Although we didn’t get enough leaks and rumors about this phone, we have gathered all the available information and leaks here to find out what to expect from one of the most anticipated phones of 2018. To learn more about this upcoming phone and the Google Pixel 3 XL South Africa price, continue reading.

Now that most of the phones companies have went ahead and embraced a notch on top of their phone’s display like the iPhone X, Google Pixel 3 XL is expected to show up with something similar. We have already seen some leaked pictures from reliable sources showing a bigger notch on top of the display. It’s safe to say that people who are not really into notches will not be a fan of this phone. The display will be

slightly bigger than the Google Pixel 2 XL and will be a 6.2-inch one showing 3120 x 1440 pixels resolution, 19.5:9 aspect ratio and 533ppi of pixel density. There are no major changes on the back but there are rumors that it will be glass on both front and back instead of a mix of metal and glass. There is the slightly cheaper OnePlus 6 or Xiaomi Mi 8 that you can check out which comes with similar display. These phones are worth checking out not just because these are cheaper than the Google Pixel 3 XL but also packs great specs at a competitive price.

Although Google did decide to go for a notch on the display, the company decided to avoid the trend of dual cameras and go for a single camera again on both front and back side. On paper, it’s almost the same camera megapixel-wise: a 12.2-megapixel camera on the back with f/1.8 aperture with OIS and dual pixel PDAF. Same goes for the front camera as it will be an 8-megapixel camera with f/2.2 aperture and

8-megapixel depth sensor. However, we are expecting some improvements this time as the camera in its predecessor did manage to get a lot of attention. If you are not interested to wait for the Google Pixel 3 XL release date South Africa and want a good camera focused phone, there is the Samsung Galaxy Note 9 and Huawei P20 Pro.

One of the best things about getting these Google Pixel phones is that the users get the best Android OS experience possible and also the fastest access to all the OS updates and this one won’t be any different. The Google Pixel 3 XL will be running the latest Android 9.0 P right out of the box. Some of the other notable features that are rumored to be included in the Pixel 3 XL phone are: fingerprint scanner, USB-C port, Qualcomm Snapdragon 845 processor, 4/6GB of RAM, wireless charging support and Bluetooth 5.0, NFC and fast battery charging support. We will hopefully find out more about this phone after the Google Pixel 3 XL release date South Africa has been announced. 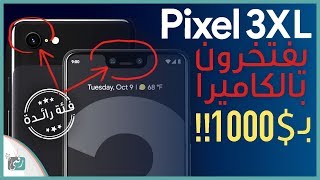 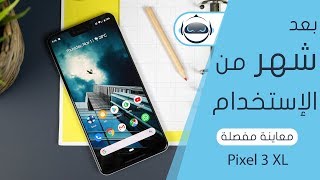 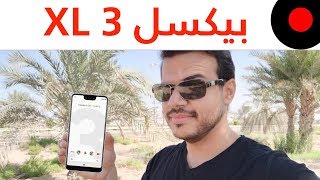 Cheapest price for Google Pixel 3 XL in South Africa is R 11995 sold at Zeek Online.
No major price change compared to two weeks ago.
**Amazon pricing is not included in price tracking/graph