Be the first to review
Snapcraze
3 – 5 working days More info Payment Visa, NetBanking, MasterCard, Amex Store info and policies▶ Less info
Out of stock
R 17999
Shipping costs depends on item and location
< Previous / Next >
Back to list
< Previous / Next >

Apple has recently unveiled it’s 2019 version iPhones and looks like the company is not ready to let go of notches just yet. The Apple iPhone 11 Pro and the rest of the new iPhones look strikingly similar to the iPhone XS and iPhone XR which means we are stuck with the same display for another year. To find out whether it will be a good idea to get this new iPhone or not and the Apple iPhone 11 Pro South Africa price, continue reading.

While companies like Samsung and OnePlus are trying to get rid of the notch on top, Apple decided to stick with the old design and went for the same old design and display from last year. If it wasn’t for the new three camera setup on the back, it would have been difficult to identify the new one from its

predecessors. The screen size is also similar, a 5.8-inch screen showing 2436 x 1125 pixels resolution and covering 82.1% of the body. It’s also the same glass on both front and back side and users get IP68 rated protection for dust and water resistance. Right after the Apple iPhone 11 Pro release date South Africa, there are four different colors to choose from: Gold, Space Gray, Silver and the new Midnight Green.

One of the most noteworthy changes in the new iPhone is the addition of an ultrawide camera. The two cameras we were familiar with are still there so we get three cameras this time: one 26mm wide camera, one 52mm telephoto camera and one 13mm ultrawide camera. It’s a trio of 12-megapixel cameras so no change in these cameras megapixel-wise. However, users will enjoy 4K video capturing support at 60fps in all three cameras. The selfie camera is also a good 12-megapixel one which is a big improvement form the 7-megapixel one we were used to. Some of the other new features are: Cinematic stability and 1080p videos at 240fps. After the Apple iPhone 11 Pro release date South Africa, we will be able to compare its camera’s performance with the likes of Samsung Galaxy Note 10 and Huawei P30 Pro. Considering the Apple iPhone

11 Pro South Africa price, we won’t expect anything less than those phones.

Apple mostly focused on the specs of the phone this year and according to the company, the Apple iPhone 11 Pro comes with the fastest chip ever in a smartphone with both fastest CPU and GPU in a smartphone. Users will also get 6GB of RAM with any storage option they pick and there are three options to choose from after the Apple iPhone 11 Pro release date South Africa: 64GB, 256GB and 512GB. There is a welcome change in the battery section as well as users will get a 3190mAh battery with fast charging and a fast charger included in the box. Some of the other noteworthy features are: Face ID2, Bluetooth 5.0, stereo speakers with Dolby Atmos and Dolby Digital Plus, reverse wireless charging and 120Hz touch-sensing.

The Apple iPhone 11 Pro will be available for R 13500 . It will show up on the market around September 20, 2019 with all the other new iPhones. Now that the new iPhones are here, you can also think about picking up the old iPhone 8 or 8 Plus as those phones got a price cut.

Things we loved about the Apple iPhone 11 Pro: 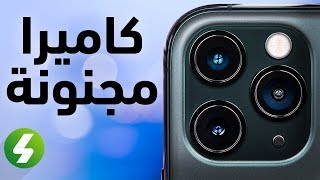 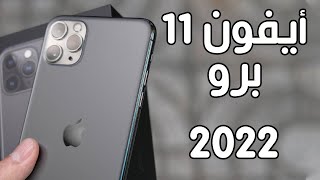 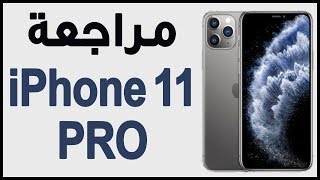