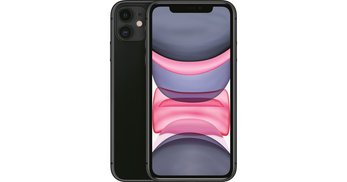 The Apple iPhone 11 is officially here and it’s actually the iPhone XR that got the title of the main flagship Apple phone just like the rumor mill suggested. Although there is a new ultrawide camera and a number of cool colors to look forward to, the number of noteworthy changes to look forward to are very limited. To learn about those features and the Apple iPhone 11 South Africa price, continue reading.

If there is one thing that people didn’t like about the iPhone XR much, it was the display. An LCD display in this day and age in a $750 smartphone sounds absurd as there are better options out there in the same price range as the Apple iPhone 11 South Africa price like the OnePlus 7 Pro or Xiaomi Redmi K20 Pro.

Thankfully the new iPhone 11 is slightly cheaper this time but we get the same unflattering 6.1-inch LCD display showing 1792 x 828 pixels resolution and 326ppi of pixel density. The only way to identify the new model is the dual camera setup on the back as everything else looks quite similar. It’s still water and dust resistant thanks to its IP68 rating and there will be some new colors to look forward to after the Apple iPhone 11 release date South Africa: Green and Purple. Some of the old colors are also there like Black, White, Red and Yellow but no Blue and Coral this time.

Apple iPhone 11 release date South Africa to learn more about the new features like Cinematic stabilization and Night mode. There is also the Google Pixel 3A and Samsung Galaxy S10e you can check out.

People loved the idea of a cheaper iPhone, iPhone XR that includes similar specs like its more expensive brothers and it’s still the same in the new iPhone 11. It will include the same Apple A13 Bionic 7nm+ chip like the Apple iPhone 11 Pro and 11 Pro Max and has been paired with 4GB of RAM this time. While the battery didn’t get a major upgrade, it’s still slightly bigger: a 3110mAh battery and now supports 18W fast battery charging with USB Power Delivery 2.0. It does support Qi wireless charging like last time but no reverse wireless charging or included fast charger like the other new iPhones. Some of the other notable features are: Dolby Vision, improved stereo speakers with Dolby Atmos and Dolby Digital Plus and Bluetooth 5.0.

The Apple iPhone 11 will be available from R 9500 which makes it R 700 cheaper than the iPhone XR’s starting price when it was released. As for the Apple iPhone 11 release date South Africa, it will be here sometimes around September 20, 2019.

Things we loved about the Apple iPhone 11:

Apple will be officially unveiling the upcoming iPhones soon and as we can all predict by now, there are multiple leaks and rumors already roaming around online. From what we have learned so far, there won’t be any surprising change compared to the iPhone XS. There are also rumors suggesting that the iPhone 11 might be the successor of the iPhone XR. To learn more about this upcoming phone and the Apple iPhone 11 South Africa price, continue reading.

326ppi of pixel density. It won’t include 3D touch as well and other then the addition of a new camera on the back in a square shaped bump, there won’t be a lot of visible changes. There will be some changes in colors and it can be found in Green, Lavender and Purple after the Apple iPhone 11 release date South Africa instead of Coral and Blue versions we saw earlier.

People loved how Apple offered almost a similar performance in it’s cheaper iPhone XR compared to the iPhone XS and it will be the same this year as well. The Apple iPhone 11 will be packing the latest A13 chip paired with 4GB of RAM. People can expect a smooth iOS performance even though it’s not packing 6GB of RAM like the upcoming iPhone 11 Pro and iPhone 11 Pro Max. The rumor meal didn’t reveal anything surprising that will raise the roof but maybe we will have to wait for the Apple iPhone 11 release date South Africa to find out more. For those of you who are interested to check out the market for more options in the same price range as the Apple iPhone 11 South Africa price, there is the OnePlus 7 Pro and Huawei P30 Pro.

According to the rumor mill, one of the major changes will be in the camera department as the rear camera will be a pair of 12-megapixel cameras. We don’t

know anything more then but it’s possible that only the iPhone 11 Pro and iPhone 11 Pro Max will be packing an ultrawide camera and not the cheaper iPhone 11. As for the front camera, it will be a single 12-megapixel front camera which is a major upgrade from the iPhone XR’s 7-megapixel front camera. We will have to wait for the official iPhone 11 release date South Africa to learn more about the cameras and whether it will be capable of competing with the likes of Samsung Galaxy Note 10 or Note 10 Plus.

As mentioned earlier, the Apple iPhone 11 is rumored to be the cheaper phone between the upcoming three iPhones and it’s expected to cost about R 10100 when it’s here. We have already learned that these phones will be unveiled on September 10, 2019 so the official release date can be expected soon after that.

Things we loved about the Apple iPhone 11: 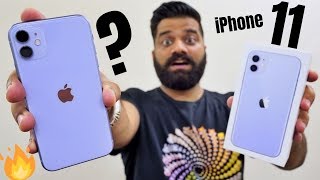 Cheapest price for Apple iPhone 11 in South Africa is R 10499 sold at Hifi Corp.
No major price change compared to two weeks ago.
**Amazon pricing is not included in price tracking/graph